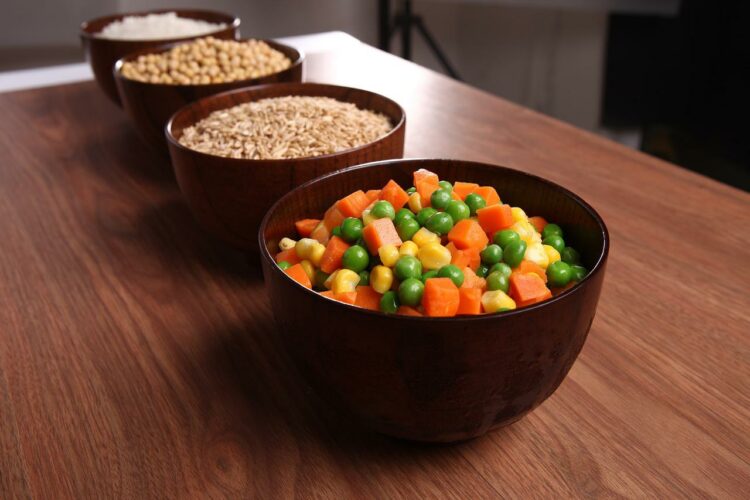 There are 56 ethnic groups in China, with a great diversity of cultural traditions and a rich and varied food culture. Here is a list of representative dishes from each ethnic group.

Mongolian herdsmen regard sheep as a guarantee of life and a source of wealth. The Mongolian people are mainly found in Inner Mongolia, Xinjiang and the neighbouring provinces of the People’s Republic of China and the Russian Federation, and in Xinjiang, Qinghai, Gansu, Liaoning, Jilin and Heilongjiang.

In the thirteenth century, a large number of Muslims migrated from Central Asia to China and fused with the local Han, Uighur and Mongolian peoples, gradually forming the Hui ethnic group through intermarriage and other factors.

In ancient Chinese texts, the ancestors of the Miao people can be traced back to the Chi You tribe, which was active in the Central Plains during the primitive society era.

As far back as the 1st century AD, there were already records of the Dai people in Chinese historical texts.

The Lisu first lived around the Jinsha River valley on the border of Sichuan and Yunnan, and gradually moved to settle in the Nujiang region of western Yunnan.

The Zhuang are one of the most populous ethnic groups in China and are an indigenous people in the south of the country. There are more than 20 kinds of self-names such as “Bu Zhuang”, “Bu Tu”, “Bu Nong” and “Bu Ya Yi”. After the founding of New China, they were collectively known as the “Tong” and later changed to the “Zhuang”.

The Korean people are mainly found in Jilin, Heilongjiang and Liaoning provinces. The Yanbian Korean Autonomous Prefecture is the main settlement area.

The Kao Shan people are a collective name for the ethnic minorities in Taiwan province, including more than ten ethnic groups.

The representative foods of the Alpine ethnic group include: corn wine, rice wine and potato wine.

The Brown people are mainly found in the western and southwestern parts of Yunnan along the border.

Tea drinking is another hobby of the Brown people and they are good at making tea. Bamboo tea and sour tea are unique to the Brown people. Sour tea is often used as a gift for friends and relatives.

12. Spicy and sour fish of the Achang people

The majority of the Achang people live in Yunnan and are one of the earliest inhabited ethnic groups in Yunnan, China.

The Achang’s spicy and sour fish is the representative food of the region.

The ancient inhabitants of the Nu ethnic group are mainly found on the banks of the Nu and Lancang rivers.

14、Ewenki yoghurt of the Ewenki people

16、Kill fish of the Hezhen people

The Hezhen people are mainly found in the Heilongjiang, Songhua and Ussuri river basins.

17、The buckwheat cakes of the Menba

The Menba people live mainly in the counties of Tibet, such as Murdoch, Linzhi and Shouna.

Their main food among them is buckwheat, the method is to use a round thin stone plate, placed on a triangular shelf in the fire, to wild honey instead of oil, spread on the paste of buckwheat flour branded into a cake, and then smeared with milk dregs, chili, brine and other seasonings.

The Bai people live mainly in the Dali Bai Autonomous Prefecture of Yunnan Province, with the rest of the population spread throughout Yunnan, the Bijie region of Guizhou Province and the Liangshan Prefecture of Sichuan.

19、The deep-fried noodle cake of the Baoan ethnic group

The Baan tribe has a slightly similar custom to the local Hui tribe because of their Islamic beliefs and customs.

It is made into steamed buns, noodles, oil and deep-fried noodles.

The Buyi are a large minority group in southwest China.

The Buyi people are very hospitable, and it is a special feature that they use various plant pigments such as maple leaves to dye glutinous rice into colourful colours to make flower glutinous rice for their guests and friends during the Maple Leaf Festival on February 3 (or March 13) every year. Traditional snacks include pea noodles, cold rice cakes, rice noodles, bait pieces and so on.

21、Daur’s Ermi Rice
The Daur ethnic group is mainly found in the Inner Mongolia Autonomous Region and Heilongjiang Province, with a few living in the Tacheng region of Xinjiang.

The representative food of the Daur is “Ermi Rice”, which is a mixture of buckwheat rice and millet or jizi rice.
22、De’ang chicken stew with sour bamboo shoots
The Deang are one of the oldest ethnic groups living on the southwest frontier, mainly on the west bank of the Nujiang River.

The representative ingredient of the Deang is sour bamboo shoots, which are used as a condiment when stewing chicken, stir-frying meat or cooking fish.

The representative food of the Dongxiang is stacked lamb, and the locals are also good at making stacked lamb into a clear lamb soup, which is delicious, nourishing and nutritious, and suitable for both young and old.

The main food is fish and prawns, which are often made into fish juice as a condiment for every meal. Fish juice, also known as “catfish juice”, is made from a variety of small fish that have been marinated.

The representative food of the Lahu is mainly roasted meat, which is roasted over a fire or wrapped in banana leaves and buried in the fire.

The main representative food of the Li people in Hainan is bamboo rice, which is cooked in fresh bamboo tubes filled with rice and seasonings.
35、The barbecue of the Lopas
The Lhoba ethnic group is mainly found in southeastern Tibet, Lhoba.

Barbecuing is one of the main ways in which the Lhoba process their food. Both vegetarian and meat foods can be grilled.

The representative food of the Maonan people is mainly sour food, and the food: snail sour, is unique.
38、Mulao pickled bean curd
The Mulao people are mainly found in the Luocheng and other county areas of Guangxi.

The main food of the Mulao people is mainly sour and spicy, including: pickled bean curd and garlic.

The Pumi mainly rely on livestock and poultry as their source of meat. These include: pigs, cattle, lamb, etc., and make dairy products such as ghee and latkes. Representative foods include: braised pipa meat, drunken chicken, fried tomatoes with bamboo leaf vegetables, etc.
40、Qiang lamb and sliced lamb soup
The Qiang are now mainly found in the Maowen region of western Sichuan.

The representative food is: oil dumplings, made of vegetable oil and flour.

The representative food of the She is “stuffed tofu”.

The representative food of the Tajiks is mainly meat: the meat is cooked and then dipped in salt, which is considered to be the original soup and the original taste.
45、Tatar Gubaidi’e
The Tatar people are mainly found in the Yining, Tacheng and Urumqi regions of Xinjiang.

The Tatar are good at making various kinds of cakes, such as “gubaidi’e”, which are made from flour, rice, cheese, eggs, cream, sultanas and dried apricots, and are famous in Xinjiang for their crispy exterior and soft interior.
46、Turkish patties and bacon
The Tujia are mainly found in Hunan, Hubei, Guizhou and Sichuan Provinces.

The main dishes of the Gelao are sour and pickled vegetables, a mixture of bok choy, chillies, garlic and ginger, and pickled toon, made from toon sprouts, etc.
48、Halihai of the Tu ethnic group
The Tu ethnic group is mainly found in Mutual, Minhe and Datong areas of Qinghai Province.

All men, women and children eat chillies, and there is a saying that “you can’t eat without chillies”.

The Uyghurs love to eat naan, grilled rice, buns and noodles, and there are many famous dishes and snacks, such as roasted whole lamb, hand-held lamb, parmudin, thin-skinned buns and grilled lamb skewers, as well as oil deep-fried noodles, halwa, haggis, quilian and roasted pumpkin.

Rice intestines and noodles and lungs are traditional snacks loved by the Uzbeks and are finely prepared.

Spicy jars are a unique dish for the Xibe people. Usually the meat is chopped, the long chillies are cut into 2cm sections to remove the spicy tendons, then the meat is stuffed, hung in batter and deep-fried to a golden colour and served on a plate.
53、Yao Ho-Bao Za
The Yao are a typical mountainous people in southern China. The Yao call themselves “Mian”, “Jinmen”, “Bunu”, “Laja”, “Bingdoyu” and so on. “There are more than 30 different names for the Yao, depending on their economic life, area of residence and clothing.

With a large population and a wide distribution, the Yao have unique flavours of food in all parts of the country, typical of which are: oil tea, zongba, and lotus bunza.
54、Yugu burnt shells
The Yugus live in the Su’nan area of the Hexi Corridor in Gansu Province, with the rest living in the Huangnibao area of Jiuquan. The Yugus call themselves “Yaohuer” and “Liangla Yuguer”.

The milk products of the Yugus are mainly made from yak, cow and goat milk, including sweet milk, sour milk, milk skins, ghee and quola. The pastry delicacy burnt shells is very special. 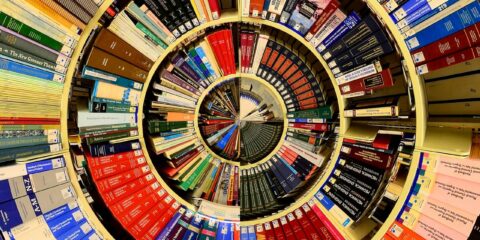 Top 15 list of global library-related websites (for reference only) 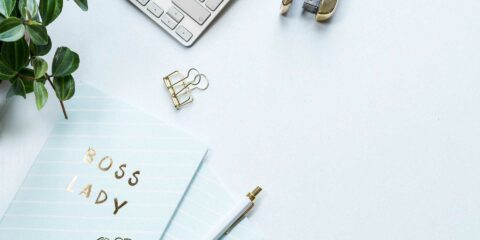 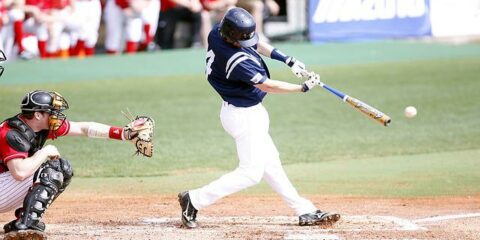 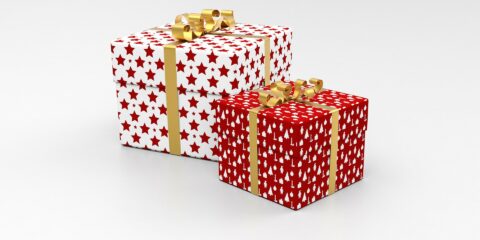 Top 15 list of global gift-related websites (for reference only)