Li Sao is one of the masterpieces of the famous poet Qu Yuan during the Warring States period, and is one of the longest political lyric poems in the history of ancient Chinese poetry. The poet starts from describing his own life, character and ideals, expressing his bitterness and contradictory feelings when he was slandered and killed, exposing the political reality that the king of Chu was incompetent, the small group of people was rampant and the dynasty’s governance was getting worse.

WAlthough the witches counsel I held good,
In foxlike indecision still I stood.
At night the wizard great made his descent,
And meeting him spiced rice I did present.

The angels came, shading with wings the sky;
From mountains wild the deities drew nigh.
With regal splendor shone the solemn sight,
And thus the wizard spake with omens bright:

“Take office high or low as days afford,
If one there be that could with thee accord;
Like ancient kings austere who sought their mate,
Finding the one who should fulfill their fate.

Now if thy heart doth cherish grace within,
What need is there to choose a go-between?
A convict toiled on rocks to expiate
His crime; his sovereign gave him great estate.

A butcher with his knife made roundelay;
His king chanced there and happy proved the day.
A prince who heard a cowherd chanting late
Raised him to be a councilor of state.

Before old age o’ ertake thee on thy way,
Life still is young; to profit turn thy day.
Spring is but brief, when cuckoos start to sing,
And flowers will fade that once did spread and spring.” 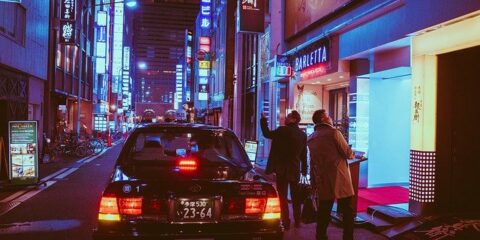